The distance between Piqua’s downtown and its riverfront is less than it appears; the two are very close. Stronger connections are needed that enable the life and vitality of the Great Miami River and the regional trail network to link to the downtown commercial district. A central gathering spot is needed in the location where the former Miami and Erie canal passed through the downtown and linkages between destinations need to be enhanced.

The Placemaking Plan re-envisions the former Miami and Erie Canal right-of-way as an artisan alley, re-orienting the rear of buildings back into fronts were commercial activity can once again take place. A new riverfront park at the location of Lock Nine lays back the levee wall and visually links the river with the downtown. The tight block structure of the downtown enables infrastructure and landscape enhancements that reuse the former rail bridge as a connective corridor.

Implementation of the Placemaking Plan began with the construction of the $4.2 million Lock Nine Waterfront Park in June 2020 with the relocation of utility lines and the demolition of a perimeter property wall. Ground-penetrating radar has confirmed the location of the buried lock walls which have been below grade since the 1913 Great Flood. Three former industrial buildings adjacent to the canal way have recently been purchased for rehabilitation into maker spaces, a micro-brewery and market rate housing and a market hall. 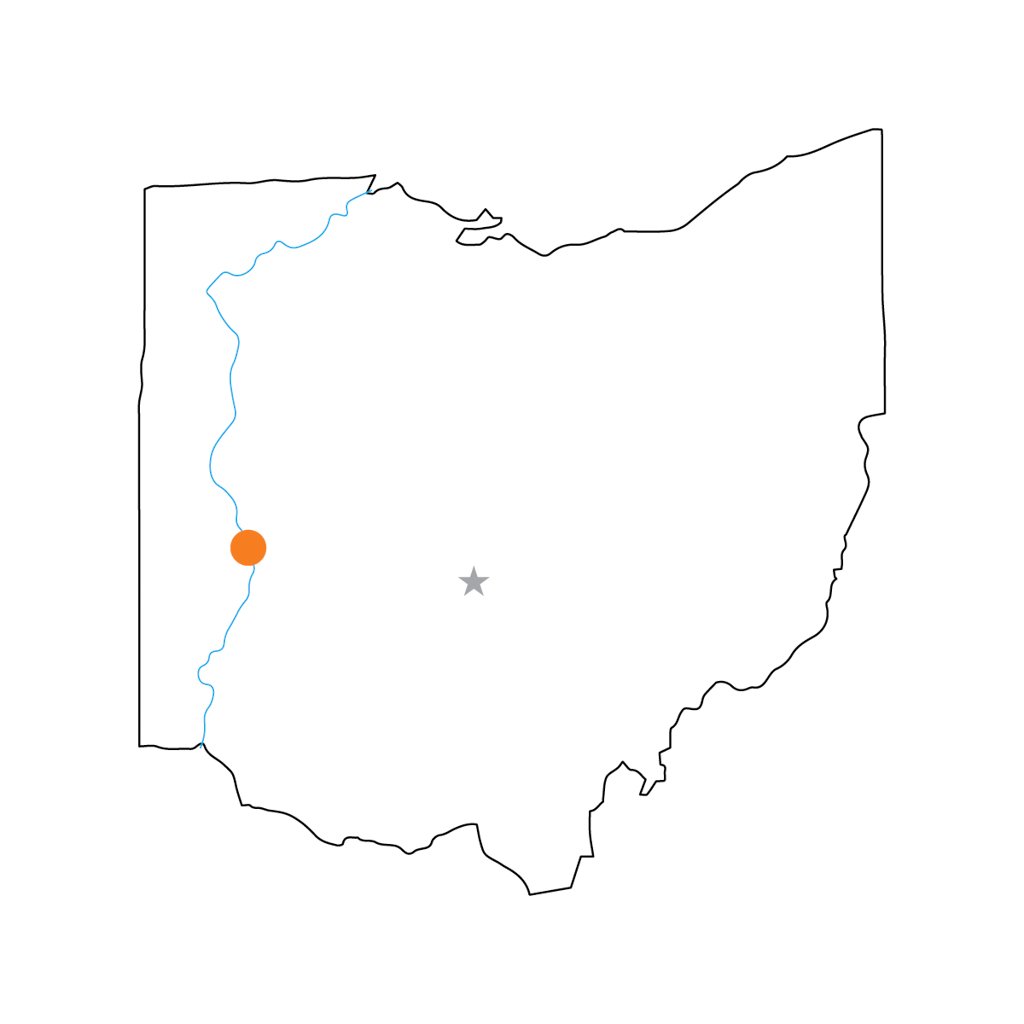