American towns developed along primary commercial corridors, many of which, like the 19th century canals, have long since been abandoned. Former industrial buildings along these corridors are in need of new uses to stimulate the economy and foster a stronger sense of place. Uses change but a building’s form endures.

The City of Piqua’s excavation of Lock Nine along the former Miami and Erie Canal are placing renewed interest on the former industrial buildings. The Piqua Granite Building has served the greater region for over a century. It is being adaptive reused for a micro-brewery. A new wood-clad central kitchen reorients the building towards Nine Park and enables the former warehouse and showroom to operate separately. The former gantry crane for Piqua Granite is reused as an outdoor trellis, celebrating the site’s history and enabling a transition threshold between inside and outside.

Selective demolition and initial interior renovations of the former Piqua Granite building have begun in early 2022. The 10,000sf building overlooking Lock Nine Park will be the new home of Springboro-based Crooked Handle Brewery. 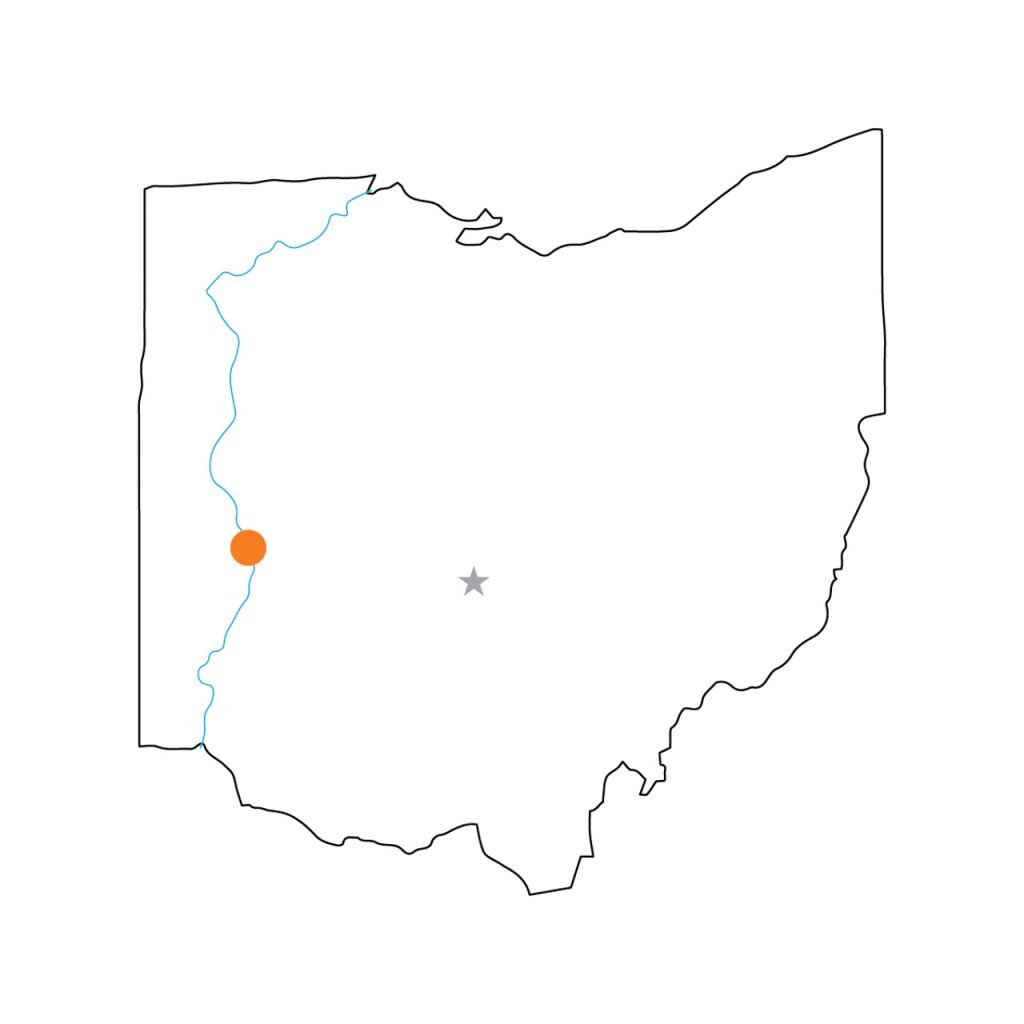